With the past two months being mostly spent at home, I’ve had much more time to explore new tv shows (usually more of a tv than movie person lol) as well as re watch some of my all time favorite shows. I’ve come up with a list of a variety of tv shows I have been binging or have loved for years. I have divided them up based off where you can stream these shows and the list ranges from suspenseful dramas to lighthearted comedy!

–How to Get Away with Murder: Mystery/thriller about a group of law students and their criminal defense professor who become involved in twisted murder plots

–Dead to Me: Dark comedy about a powerful friendship between two women as one tries to unravel the mystery of her husband’s death and secret life (Currently binge watching season 2 and it’s SO good!)

-You: Psychological thriller about a troubled man who goes to great lengths to stalk his love

–Gilmore Girls: Drama series about a mother daughter duo as they navigate life together

–Gossip Girl: Another drama about a group of elite high schoolers living in Manhattan and a lower class family in Brooklyn, dealing with scandal, love, and heartbreak

–Parks and Rec: Comedy about co workers working together in the parks department of Pawnee, Indiana

–Arrested Development: Comedy about a level-headed son taking over family affairs after his father is imprisoned. But the rest of his spoiled, dysfunctional family are making his job unbearable.

–House of Cards: Political thriller about a ruthless politician’s manipulations inside DC as he works his way up

–Scandal: Political drama about a crisis management fixer cleaning up messes in Washington while dealing with an affair with the president

–Dynasty: A modernized reboot of the 1980s primetime soap follows two of America’s wealthiest families, the Carringtons and the Colbys, as they feud for control over their fortune and their children

–The Crown: Historical drama that chronicles the life of Queen Elizabeth II from the 1940s to modern times

–Euphoria: Drama series that follows the troubled life of 17-year-old Rue and the people surrounding her

–Little Fires Everywhere: My most recent Hulu binge-watch! The drama explores the weight of secrets, the nature of art and identity, the ferocious pull of motherhood – and the danger in believing that following the rules can avert disaster, through the lives of the “picture perfect” Richardson family and the unconventional Warrens.

–The Resident: Medical drama about a doctor who takes unconventional approaches to treating patients.

–Grown ish: Spinoff of comedy Black ish, that explores the first trappings of adulthood that Zoey must navigate through going into college

–Good Trouble: Spinoff of the drama The Fosters, that follows Callie and Mariana as they embark on the next adventure in their lives in Los Angeles.

–The Bold Type: Drama series about the outrageous lives of three best friends who are working at the nation’s top women’s magazine

–Homeland (Showtime): Spy thriller about a bipolar CIA operative becomes convinced a prisoner of war has been turned by al-Qaeda and is planning to carry out a terrorist attack on American soil.

–Billions (Showtime): Drama about about power politics in the world of New York high finance.

–Succession (HBO): Drama that tracks the lives of the Roy family as they contemplate their future once their aging father begins to step back from the media and entertainment conglomerate they control.

Let me know in the comments if you have seen any of these show, which shows are your favorite, and any other TV suggestions…I’m always looking to start a new show! xoxo

It’s been almost a month since I’ve started to quarantine and to practice social distancing and let me tell you I’m starting to go a little insane! During this time, I have tried to take back control of my life by cleaning my house, focusing on self care, and making use of my Netflix and Hulu subscriptions. I must say, my apartment has never been more clean (the bright side of all this is most of us will come out of this with clean places LOL) and it feels nice being in comfy lounge wear all day and doing more face masks. I wanted to make a list of cozy at home “essentials” to make this time go by a little more smoothly for you all, because if we’re going to be stuck inside for a while, why not make the time spent inside as comfortable as possible?!

First up, my Champion Powerblend Joggers are the most comfortable and softest pair of joggers I own! They are perfect for lounging around in around the house all day and let me just say, I have been wearing these nonstop since I got them in the mail! They are also super affordable and are offering a $10 discount right now.

I have also been loving my InnoGear Essential Oil Diffuser that has been great in helping to keep the house smelling fresh, calming me down, and cheering me up. Right now, my diffuser is under $30 and comes with 6 essential oils!

Next up are my HALLUCI Slippers

which are super soft and comfortable. I wear them all day around the house and I never want to take them off!!

And I can’t forget about my Ekouaer Satin Pajama Set for sleeping (and working from home too ngl hehe!) and they also come in a long sleeve version!

Finally, my favorite item I recently purchased is my Rustic Floor Mirror

that I use for my mirror pics on my Instagram. It is a game changer from my old, small mirror that was cracked. This mirror is SUPER wide and complements my room perfectly! 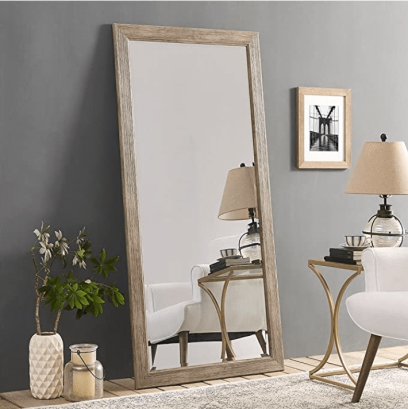 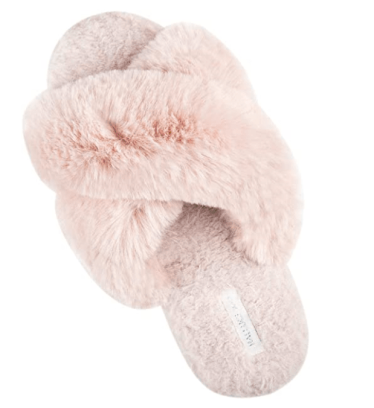 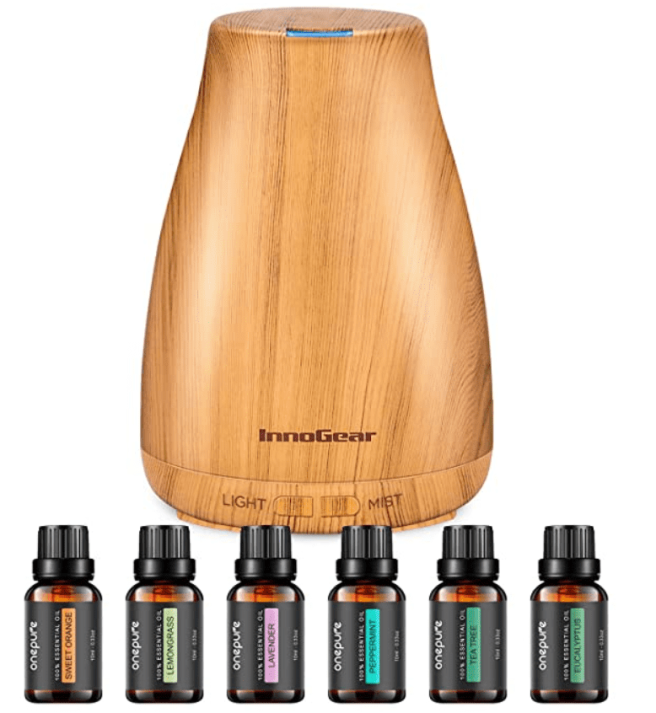 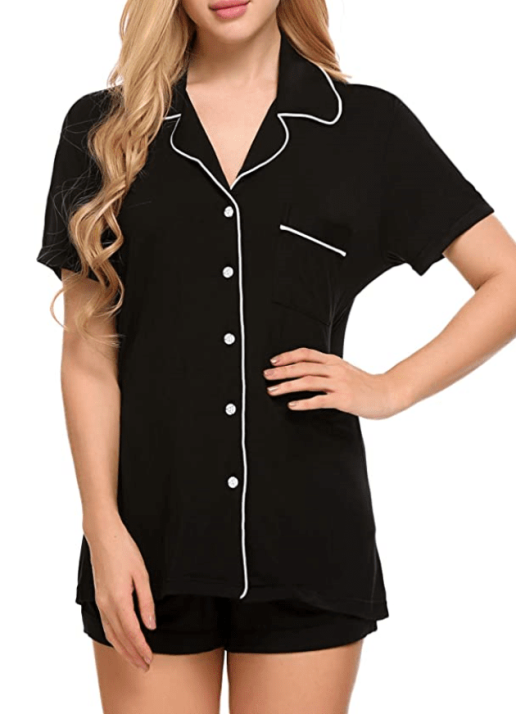 Finding a job that aligns with your career goals is half the battle, the other half being to impress the recruiter to secure that position. The following tips will position you in making sure you give yourself the best chance at being selected:

1.) Make sure you have the necessary qualifications and apply for jobs that align with the skillsets mentioned on your resume

Recruiters top priority is making sure you are a right fit for the position and that starts with having the degree and skill requirements listed on your resume. Make sure to read the description carefully because some openings only want a certain major or year which can automatically disqualify you from being considered. Besides having the required qualifications, it’s also important to have a few of the preferred qualifications added in your resume to stand out among competitors. This will set you up for the best chance at impressing your recruiter.

Doing research shows that you prepared for the interview and helps recruiters see that you are serious about the position and the company you are applying for. Mention the research you have done during the interview when asked or at the end, ask questions that show you have done you research. This will impress employers and elevate yourself from other applicants.

3.) Apply the STAR method of answering interview questions for behavioral interviews and PRACTICE

For most interviews (besides technical interviews), employers will ask you behavioral questions about a situation such as “Tell me about a time you had to overcome a problem”. It is important to answer using the STAR method which starts with describing the situation. Then you describe the task you had to accomplish, the action you did to accomplish the task, and the result of the situation. Before hearing about this method, I stumbled during all my interviews and never got a call back from any employer, but afterwards I found myself having MUCH more success and confidence. I have included some common questions I have been asked below. You can also search up more common questions and answers to prepare yourself…it is important to PRACTICE a lot!

It is important to follow up with an email to thank your recruiter which will only have a positive impact in their decision. Recruiters like to know that you are serious about the position and following up on people is important in any job. You can find templates of how to organize your thank you email online. Make sure to do it within 24 hours so that the interview is still fresh in everyone’s minds. I have had 2 internships in college, and I made sure to follow up with my potential employer both times.

5.) Ask questions at the end of the interview

Asking relevant question that pertain to the position and company is important to let the employer know you are highly interested in the position. Some questions I like to ask at the end include:

Let me know in the comments about your interview experiences and what you do to prepare for interviews!

Whether it be a day trip to the beach, or a trip 3,000 miles to the bay area, I love to plan out a list of must see things to do in every new place I travel. That way, I am not off wandering around like a lost tourist and get to make the most of my short time there. Once I booked for my quick trip to San Francisco for the holidays, I started planning, from researching the best views of the famous Golden Gate Bridge to finding the best way to get around the city. I wanted to share my guide with you all to help you make the most of your time in San Francisco!

~When Should I Visit?~

San Francisco is great to visit any time of the year. Its location in the Bay Area allows for constant temperate climates of 50-70 degrees all year round, although March to May and September to November usually have fewer tourists. Definitely bring a jacket no matter when you’re going because it can be chilly even on the sunniest days.

~How Do I Get Around the City?~

It is not recommended to drive on your own since the streets in downtown are some of the steepest in the country and parking can be hard to find and expensive. Uber is a great way to get around as well as bikes and electronic scooters that can be rented from the Uber app directly. They also have third parties for electric scooters such as Lime around the city which I highly recommend. It is an efficient, fun way to explore the city and all you have to do is download the app and scan the QR code on the scooter.

Planning a trip to San Francisco? Would love to hear in the comments if you plan on visiting any of the places I noted!